Just a thought guys mabye this title should be renamed to Cold outbreak rather than Thunderstorm outbreak?

haha, you lost any hope for tomorrow there Johnno? I still think there is a little hope. Will be isolated tho perhaps around the north central and western areas, but for the most part missing metro areas. LI forecats are around 2 from what info i have, so definitely not ideal conditions.

Looks like temps going backwards here now. Small bands of light rain starting to show up on the radar, fair to say we'll get some very light short showers this arvo.

ILS, I suspect activity storm wise to be confined to the ranges to the east.

Melbourne should see a few showers increase this afternoon.

Was a nice sunrise after I got up in the dark thanks to daylight shortening. Sun came out an hour ago, lil bit unstable had a few spits of rain, but the wind is too cool for much to happen IMO. The ants say good rain this week.

There are some quite nice looking clouds outside now. Wouldn't be surprised to get a brief downpour or two.

Looks like what little rain that is out there is going to struggle to get any further south with the bay drying it up. Would be nice to see a few showers out this way, but only giving it a 15% chance at this point. Even tomorrow is looking dryer and dryer by the hour. I think you will be on the money for your prediction tomorrow Karl.

Models took this system hard, and I always though the better rainfall would be the eastern/northeast part of the state. Nevertheless, this morning with the front, it remained dry, though very low cloud, and as expected, isolated thunderstorms through eastern areas with the front.

For tomorrow regarding thunderstorm activity, I would suggest cold-air type possible across the eastern half of the state mostly, particularly the southeast, but other southern areas may get a rogue strike, but not keeping my hopes up.

Late in the runs looks more interesting for thunderstorms, but way too far out to speculate.

0.4mm up here today from a few light showers. Otherwise pretty uneventful - though a noticeable chill in the air when the sun goes in.

Some nice crisp Cu this afternoon but nothing from them.

Some of the cells around Macedon have quite a thundery look to them - wouldn't be surprised to see a little small hail etc with them.

Showers should increase the next 12 hours - and could get quite heavy for central through eastern areas (though with a few duds in a row you never quite know).

We are in the middle of a thunderstorm and hail size of marbles the roads covered.Had 3.5 mm rain at around 1530hrs.

Well, this is a turn up. Isolated patch of rain right over the top of me extending through the ranges in what looks like some localised convergence between SE winds and SW. It's been raining now for at least half an hour (since I got home although roads were already wet) and all of a sudden some more solid, heavier rain has commenced. A real turn up, wasn't expecting much at all from today but fascinating to see this isolated patch here.

Some locally heavy showers here too for the past 30 mins with the SW airflow.

4mm here so far, still raining steadily, would be nice to pick up another 2 to 3mm.

Not really expecting too much rain here in the next few days maybe 5 to 10mm's. With the airstream coming from the SSE the Melbourne area could come under Tassies rain shadow which has happened before and we may just get isolated showers here.

Just off the topic abit hope you don't mind guys.. Does Northern Tasmania come under the raindshadow too in Strong northerly winds due to Victoria? Just seems to be everytime they get rain from the North there it does well but when we get rain from the South to SE we don't any explanation for that?

I guess the northerly would pick up extra surface moisture from Bass Strait. The rain shadow effect over Melbourne and south central VIC is only really a localised phenomena. Often, as DJ has mentioned at times, the Dandenongs pick up a little on the rainband in the northerly despite Melbourne metro being shadowed out so this shows that the effect is not a widespread thing. Tasmania however is a large mountainous island so in SE winds it will have a much larger effect on the moisture available further upstream.

With the SE Tasmanian block it is very hard to predict exactly if and when this will come into play. It often has to do with small differences in the wind direction and also the trajectory (the path of the airflow along it's entire journey before it reaches here). GFS and LAPS/MLAPS seems to show the block for Wednesday in the latest run and also Tuesday to an extent but I still wouldn't rule out a shower stream for the western suburbs and west central ranges on Wednesday and some heavier falls in the same areas on Tuesday.

Yeah I was more or less thinking the Alps in Vic Andrew comparing that to the mountains of Tasmania always thought the Vic alps were higher than the Tassie Mountains or am I wrong?

Yeah, Victorian Alps are higher and larger area as well. Tasmania is mostly in the 700m-1000m range with their mountains but some as high as 1600m+. Probably one for David or others who know a bit more but perhaps Bass Strait has some effect in building up more moisture for NE TAS. 400km of water I think between TAS and VIC.

Clyve reported hail this afternoon (small) and when I was coming home, it started raining lightly before Gisborne, was very heavy around the Woodend / Macedon exit, drizzled on and off to East Trentham (round through Ashbourne) and virtually dry in my street (0.2mm just after 4pm).

Looking forward to no sleep with lots of sleet and snowflakes tomorrow night...... 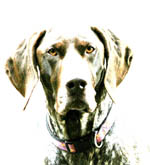 4.8mm here in the end. Very happy with that as the models have backed right off on this coming system in general and there was quite a bit of luck involved in getting the rain tonight.

No sign of rain of any significance here today.. a couple of spots now and again but never looked like it was going to rain. Surprised to read those totals.. what is likely to happen tonight and tomorrow?

Don't want to mozz it but with some decent cold air moving in to the uppers and lowers and an airstream tending straight southerly should be quite a few showers around for all central areas and some heavy ones too probably. Can't see any rain areas or anything more widespread but most places should pick up a few decent showers, local hail likely too.

1.5mm here since ~ 1.15am.
Have noticed a few times this web site doesnt work also, I presume I would not be the only one this happening too.?

Some showers here since about 1am with another patch about to pass through soon with slightly heavier falls. Still quite scattered though and coming from the south-west.

Yeah, I noticed this site was down the other night for a few hours but then a page came up saying "routing maintenance". Has been alright since.